IN MEMORIAM: PAUL FUSSELL, THE BOY CRUSADERS AND ALL WHOM WE STILL LOVE

"Every man's memory is his private literature." – Aldous Huxley

There are, I suspect, very few among us who need a specific day dedicated to the honor and memory of those we have loved, or those who have fought for us, in order to access memories of the ones who have meant so much in our lives. The presence of family members and friends who no longer walk and talk with us is presumably strong enough that they are often with us in our hearts and minds even in those moments when we crave peace and respite from the heartbreak of having lost them. Yet today is a day dedicated to actively calling up and commemorating all the people whose indelible presence in our lives gave us benefit and love and direction, whose sacrifices often made our very lives possible. And this is how it should be. So today I remember with fondness and no small measure of heartache the men and women and children in my family who have made such a mark on the way I live my life, the way I look at my life, and the hopes I still have for it; men and women who are no longer here for me to enjoy and thank for everything they’ve given to me. Many lived long lives, a crude balance of joy and suffering filling their days; others, including many young people whose faces are etched in my mind, were taken away far too soon, with too many days left unfulfilled. 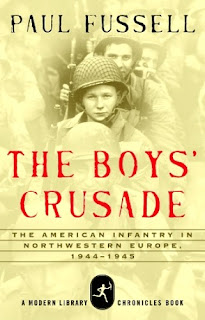 On this day full of tributes, which extend beyond those we knew to those who defend and have defended this imperfect, maddening, blessed and beautiful country in which we live, I’m reading a book by Paul Fussell (who died only last week) entitled The Boys’ Crusade: The American Infantry in Northwestern Europe 1944-1945, a concentrated volume dedicated to the grueling detail of what it was like for the young men who were on the ground in Europe fighting what many have termed the last great, justifiable war. Fussell’s slim volume is concise and utterly empathetic—he passes along in the manner of a great observer, teacher and analyst the mindset of a vast group of boys from wildly diverse backgrounds who gathered together under an umbrella of common beliefs about their country, but also under common presumptions and prejudices about military protocol and, pointedly, about the continent and its peoples where and for whom they would soon be fighting. 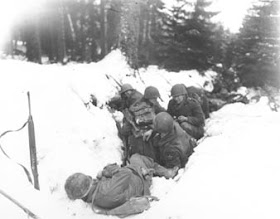 The magnitude of what these boys were involved in dawned on them slowly, and though there may have been a gap between the relatively petty concerns over their treatment by their allies upon arrival in Britain and the impossibly difficult reality of day-to-day infantry battle they soon faced, in The Boys’ Crusade Fussell never loses sight of the fundamental humanity of his subjects. This dedicated adherence to the way these soldiers came to view their own experience, combined with Fussell’s resistance to parlaying accounts of what they endured into simple, sentimental patriotism, is part of what makes the book great. And it’s why I’ll remember it while I’m watching baseball today and listening to the various honors accorded to the men and women who fight to serve our country, regardless of how they may feel about the politics and policies that have created the conditions of their wars. Here’s Fussell on the conscripts and volunteers going into America’s involvement in World War II, the boy crusaders, words that for me put into crucial context the gravity of the sacrifices that they and hundreds of thousands of soldiers since have made:

At this distance it may not be easy to remember that the European ground war in the west was fought by American boys 17, 18 and 19 years old. At 17 you could enlist if you had your parents’ written permission, but most boys waited until they were drafted at age 18… Some of these men-children shaved but many did not need to. Robert Kotlowitz remembers bayonet drill. "We aimed, thrust, slashed or whichever—screaming 'Kill! Kill!' in our teen-age voices." Not a few soldiers hopeful of food packages from home specified Animal Crackers, which, one soldier said, "can do wonders for low morale." (Perhaps what troops were recalling when seeking this specialty was eight-year-old Shirley Temple singing "Animal Crackers in My Soup.")…

Taken as a whole, the boys had a powerful propulsion of optimism, a sense that the war couldn’t last forever, and that if anyone was going to get wounded, it would not be them. They had a common ability to simulate courage despite actuality: that is, a certain amount of dramatic talent, plus a vivid appreciation of black humor, involving plenty of irony. They had sufficient physical stamina to survive zero-degree cold from time to time, and considerable elementary camping skills of the sort common among civilian fishermen and hunters, which lots of survivors became after the war. They had to have fine eyesight, good enough to detect planted antipersonnel mines by their little triggers of thin wire protruding aboveground. They had to have a pack rat’s skill in collecting small objects, like looted knives and forks. And preeminently, they had to have extraordinary luck. One infantryman’s mother exhorted him to be careful. He answered: "You can’t be careful. You can only be lucky." 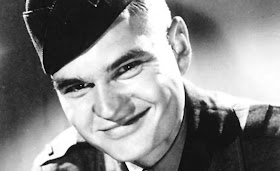 Today I remember the people I love who are gone, those who fought, including Paul Fussell, and those who continue to do so in conditions which I could likely never endure. I do so in the hope that there might soon be a time in which war, never the thing being honored on this day, is itself but a memory.